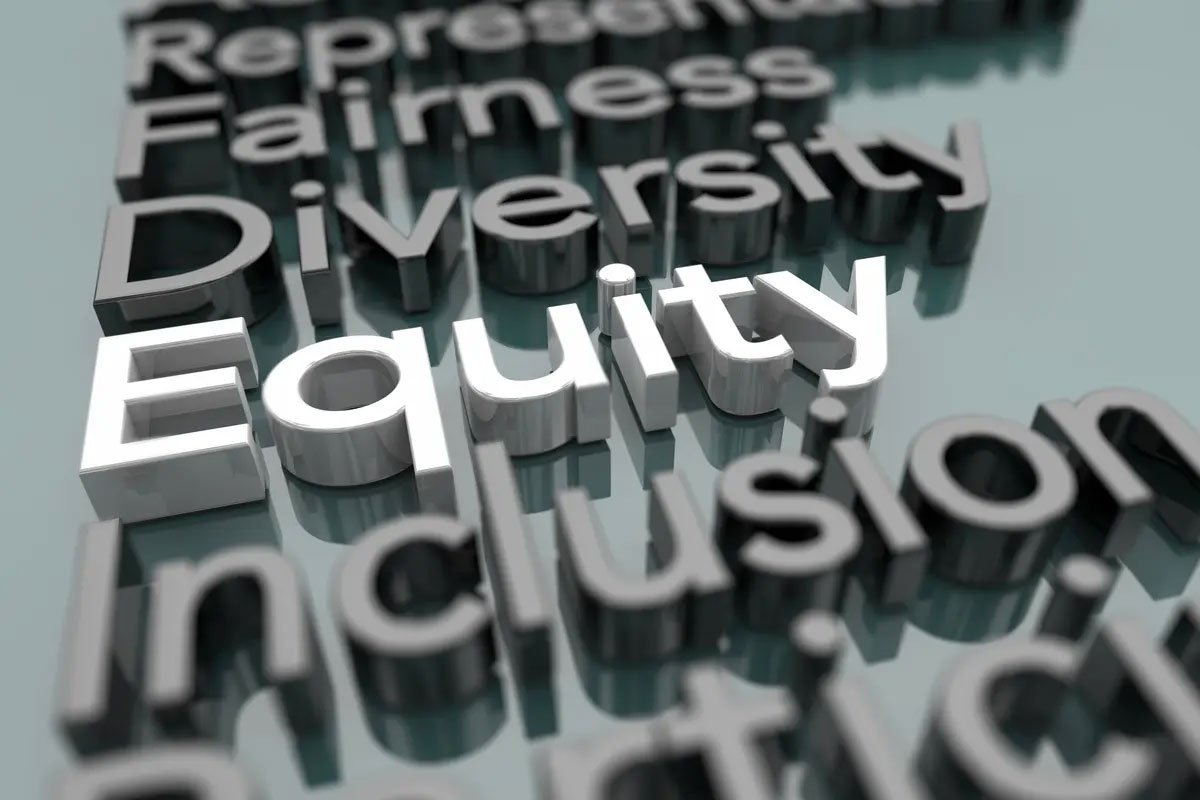 It’s all about intentionality, according to Yusuf Zakir, Chief Diversity and Inclusion Officer at Davis Wright Tremaine.

As we know all too well, 2020 was a challenging year — for us as individuals, for the legal profession, and for the nation. But the year was not without its positive developments. In my view, the most significant positive change within Biglaw last year was an increased commitment to diversity, equity, and inclusion (DEI).

In fact, I would describe 2020 as the year that Biglaw got serious about diversity. At Lateral Link, in practically every meeting we took with firms to discuss their talent needs, diversity was a central focus. And it wasn’t just all talk and no action, with firms boasting about their commitment to diversity but not doing anything differently. I saw many situations where firms really did do things differently for diversity, such as looking harder, keeping searches open for longer, and working with diverse recruiters, who tend to have the strongest pipelines of diverse candidates.

We aren’t far into the new year, but so far, it seems that firms are continuing to focus on diversity in 2021. This past Tuesday, Davis Wright Tremaine LLP announced a great new policy:

FOSTERING DEI AT OUR LAW FIRM AND IN THE LEGAL PROFESSION IS EVERYONE’S BUSINESS.  THESE EFFORTS AND THEIR RESULTING BENEFITS MAKE US BETTER.  TO THAT END, WE ARE PROUD TO ANNOUNCE THE FIRM’S DEI BILLABLE HOUR CREDIT POLICY.  WITH THIS POLICY, THE FIRM WILL COUNT UP TO 50 HOURS OF ELIGIBLE DEI ACTIVITIES ANNUALLY TOWARDS THE BILLABLE HOUR REQUIREMENT FOR EACH FULL-TIME ATTORNEY.

THE PURPOSE OF THIS POLICY IS TWO-FOLD.  FIRST, WE SEEK TO RECOGNIZE AND REWARD ATTORNEYS WHO ARE COMMITTED TO DEI AT DAVIS WRIGHT TREMAINE AND IN THE BROADER LEGAL PROFESSION.  SECOND, WE SEEK TO ENCOURAGE BROADER PARTICIPATION IN DEI INITIATIVES ACROSS OUR ATTORNEY POPULATION.

Biglaw runs on billables, so giving billable-hour credit for diversity work is an important step. Because compensation at firms is generally tied to billable hours, Davis Wright and other firms with this policy are putting their money where their mouth is when it comes to diversity.

Here’s another step firms can take to advance diversity: hire a chief diversity officer. Indeed, law firms around the country have been on a hiring spree when it comes to diversity professionals. The Association of Law Firm Diversity Professionals (ALFDP) now boasts roughly 250 members, more than double its membership from just seven years ago.

Last October, Davis Wright Tremaine hired its first Chief Diversity and Inclusion Officer, Yusuf Zakir. Before joining DWT, Zakir was the Director of Diversity and Inclusion at Holland & Knight, and before that, he was the Manager of Global Diversity, Recruiting, & Engagement at Latham & Watkins. He previously worked as a litigation associate at Latham before making the jump over to the DEI space in 2015. He earned his undergraduate degree from the University of Toronto and his law degree from Loyola Law School of Los Angeles, and he served as a law clerk to Judge Virginia A. Philips (C.D. Cal.).

The DEI Billable Hour Credit Policy is just one of a number of changes that Zakir and DWT have planned to promote diversity going forward. I recently spoke with Zakir to get his thoughts on how law firms should think about DEI.

Zakir agreed with my view that despite the challenges of the coronavirus pandemic and the recession, which disproportionately affected underrepresented and marginalized communities, Biglaw did make progress last year regarding diversity, equity, and inclusion.

“Over the second half of 2020, especially after George Floyd’s murder, discussions around DEI accelerated,” he said. “Firms are now being much more intentional about diversity compared to 2008. Back then, during the last economic downturn, DEI was not as established in law firms as it is today.”

Intentionality is a key concept when it comes to promoting diversity. Firms can’t just go about their business and let the problem of diversity somehow solve itself; effort must be made.

“At the end of the day, DEI is about how intentional we are,” Zakir said. “Managing partners, department and practice group chairs, and law firm partners in general need to be intentional about developing talent. How do we make sure that a commitment to diversity is fully embedded throughout the organization?”

Without intentionality, you run into problems like “affinity bias,” our unconscious tendency to work with and professionally develop people who are like us. Because the upper echelons of Biglaw are not very diverse, affinity bias can lead to the replication of this lack of diversity — unless law firm leaders and partners, especially equity partners, make conscious, intentional efforts to develop a broad range of talent, not just people who are like themselves.

How can law firms address affinity bias and other forms of unconscious bias? Yes, training is important — and if your firm doesn’t already have training on this, it should. And training shouldn’t just be something that employees go through when they join the firm and never go through again; it should be revisited and reinforced. For example, a firm might want to have the lawyers who conduct on-campus interviews at law schools go through a refresher training before the start of OCI.

But training alone isn’t sufficient to solve the problem of bias.  Zakir emphasized that firm processes also need to be structured in ways that address the potential influence of bias, perhaps through the addition of “bias interrupters.”

Again, take on-campus interviewing at law schools. This is definitely an area where unconscious bias can have an effect; interviewers tend to bond with interviewees who are like them. Indeed, this is why law firms often send alumni of a particular school back to their alma maters for OCI, so they can bond with the applicants.

To address potential affinity bias, some firms have added a bias interrupter to the OCI process, Zakir explained. If an interviewer passes on a candidate from an underrepresented group, the interviewer might be asked to articulate in more detail why they made that decision, instead of just not putting the candidate on the callback list. The interviewer might still make the same decision in the end, but at least they will do so with intentionality, not unthinkingly.

Intentionality should extend to compensation as well, according to Zakir. In other words, firms shouldn’t just pay people what they want to pay them and let the chips fall where they may. Instead, firms need to track how compensation breaks down along such lines as gender and race/ethnicity — and if the results are not equitable, firms need to ask why.

Given all the changes law firms are making, large and small, to advance diversity, equity, and inclusion, Zakir is optimistic about the future of DEI in Biglaw.

“There is rightfully a lack of patience on the part of many,” he said. “But change takes time.  The upcoming presidential inauguration reminds us of that.  Kamala Harris will be the first in so many categories as Vice President—first woman, first Black or South Asian woman, first person of color.  Harris was born less than a year before the Voting Rights Act was passed.  And next week, she will become the Vice President. This is incredible progress, but it can be traced back to the work of individuals over time who committed to these efforts and paved the way for others.  Progress takes time—but change does come.”

To recap, here are five steps law firms can take to promote diversity, equity and inclusion, if they have not taken them already:

Of course, there is no single action a law firm can take to ensure diversity. Advancing DEI requires intentionality, long-term commitment, and leadership from the top. It’s hard work.

The good news is that 2020 was a year when law firms started focusing on diversity. And even though many of us are happy to turn on the page on last year, let’s hope that Biglaw’s commitment to diversity, equity, and inclusion remains with us, for many years to come.

(Disclosure: Lateral Link placed Yusuf Zakir into Davis Wright & Tremaine, as part of our robust and growing practice helping law firms and corporate legal departments to find chief diversity and inclusion officers. If you’d like our assistance in finding a chief diversity officer, please reach out to my colleagues Gloria Sandrino and Monique Burt Williams. Thanks.)