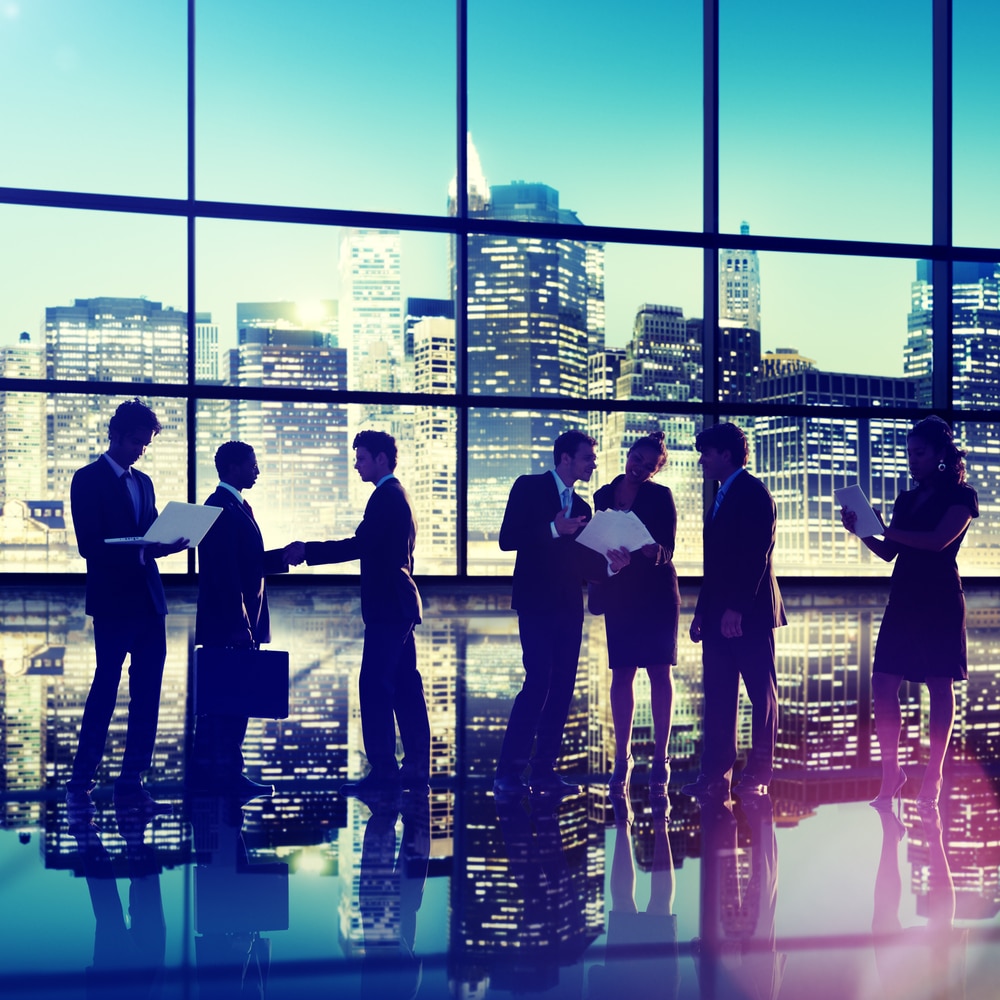 The coming wave of consolidation among law firms is a perpetual topic of discussion and speculation. The basic narrative is that the richest, most successful firms are pulling away from the rest of the industry, and firms below the top tier will be forced to merge in order to grow and remain competitive.

The notion that consolidation could be the panacea for challenges facing less profitable firms has always been questionable. But whether you buy into that particular narrative or not, it is incontrovertible that the legal industry remains remarkably fragmented in comparison to other professional services sectors.

So what are the barriers to a wave of mergers? And if the barriers were removed, would significant consolidation actually happen?

Let’s consider the Big 4 accounting firms as an example of a relatively consolidated sector of professional services. In 2020, the Big 4 (Deloitte, PwC, EY, KPMG) generated combined revenue of $157 billion.

As recently as 1989, there were eight major U.S. accounting firms (then called the “Big 8”). Mergers in that year created Ernst & Young and Deloitte & Touche, reducing the group to the Big 6. In 1998, an additional merger formed PricewaterhouseCoopers, thereby transforming the Big 6 into the Big 5. Consolidation into the Big 4 occurred not through merger, but through the insolvency of Arthur Andersen in the wake of the 2001 Enron Scandal.

No parallel wave of consolidation has occurred at the top of the legal industry. In 2020, the four largest law firms by gross revenue (Kirkland, Latham, DLA Piper, Baker McKenzie) brought in less than a tenth as much as the Big 4: $15 billion. The entire Am Law 200 achieved gross revenue of around $125 billion.

A Client’s Right to Choose is Paramount

How can it be that the legal industry remains so fragmented in relation to peers in fields like accounting and management consulting? Ethics rules are a big part of the story.

In many industries, the product is tied tightly to the company that produces it. Individual executives come and go, but contracts between the firm and its customers remain relatively stable.

Not so in legal services. When clients engage a law firm, they engage not just the firm as an entity but the individual lawyers leading the matter. If the lead lawyer on a case decides the grass is greener at a new firm, there is little the old firm can do to prevent the client from following the lawyer. And indeed, lawyers are very mobile. Over the past 12 months alone, Am Law 200 law firms have made 7,385 lateral hires: 4,635 associates, 1,685 partners, and 1,065 counsel. Almost all of these lateral moves involved a departure from another Am Law 200 firm. A carousel of attorneys move from Am Law firm to Am Law firm, churning winners and losers on a quarterly basis. To take one example, Reed Smith saw 159 attorneys lateral out of the firm while 55 laterals joined. A net loss of laterals could be good or bad, depending on the respective profit margins of those coming and going, and the corresponding effect on overall firm profitability. Reed Smith’s profit margin is around 30%, so if the firm is losing partners with 20% profit margins and hiring replacements with 40% profit margins on their practices, then we should see the firm’s profits per partner move in a positive direction in the coming years.

The bottom line is that law firms contemplating a merger can’t be confident the new entity’s revenue will match or exceed the sum of the two firms’ most recent revenue figures. When the merger is announced, some partners will surely decide to leave, taking clients with them. If the departing lawyers happen to be rainmakers, the strength of the combined entity may be considerably less than a simple A + B calculation would suggest.

Even if partner departures were not a concern, potential law firm mergers can also be disrupted by client conflicts. For some comparative perspective on conflicts, consider the management consulting firm McKinsey & Company. McKinsey, as a firm, routinely serves competing clients in the same industry. It navigates conflicts by ensuring that individual consultants do not serve competitors and by safeguarding confidential information internally, such that McKinsey teams serving competitors do not share with each other the details of their work. In this way, the firm manages to sell its services to multiple competitors in a given sector.

Legal ethics constraints make it impossible to apply the McKinsey model in a law firm context. For conflicts purposes, a client of an individual lawyer is a client of every lawyer in the firm, albeit there are ways to wall off attorneys and use client waivers to navigate conflicts. Imagine if Quinn Emanuel sought to merge with a comparably profitable firm. Quinn’s profits per equity partner in 2020 were just shy of $4.7 million. On a PEP basis, the most compatible merger partners would be Cravath or Cahill. But either of those combinations would be a nonstarter from a conflicts perspective. Quinn is well known for its strategic decision to represent plaintiffs against banks; Cravath and Cahill represent many of the financial institutions that Quinn has sued. Quinn may be a particularly extreme example, but conflicts among firms abound. Some firms represent insurance carriers; others represent policy holders. Even representing superficially similar companies brings the potential for conflict: think of the high profile litigation between Apple and Samsung.

Let’s imagine that these ethical barriers were suddenly removed, making consolidation more viable. What would happen?

The basic logic undergirding consolidation in any industry is economies of scale: if two companies can operate more efficiently as a combined entity, a merger will create value. Does law practice exhibit economies of scale? Hugh A. Simons and Nicholas Bruch believe it does not:

Markets, where rivals focus on specific segments or seek to compete through differentiation rather than on cost, tend to remain fragmented. Haute couture is an example of such a market. Law is less like commodity chemicals and more like haute couture. It’s an amalgam of distinct services offered by very different providers in settings that have widely varying balances of power between buyers and sellers. Law exhibits no economies of scale. The notion that law must consolidate is simplistic and misleading.

Others commentators take a different view, arguing that law practice is suboptimally fragmented, and that the industry’s fragmentation prevents it from matching the innovation seen in other sectors. As Dan Packel recently put it:

That fragmentation matters when we get to the question of why law firms are behind the curve on innovation. No one has market share anywhere comparable to the Big Four accounting firms, who collectively audit more than 80% of U.S. publicly traded companies. And it’s no coincidence that these businesses are far ahead of law firms when it comes to improvements in process management. Their revenues give them the capacities to invest, and the lack of fragmentation makes it easier to discern what works and what doesn’t.

Even if Simons and Bruch are right that firms have traditionally chosen to compete on differentiation, and not on cost, that doesn’t mean there are no economies of scale to be found. The most obvious low-hanging fruit is in support functions and real estate. That suggests the most plausible form of consolidation in the legal sector might be an intermediate one: roll-ups. In this model, law firms would maintain their distinct brands but combine their back office operations and share a common real estate footprint. In a rolled-up legal world, firms would still be a long way from the degree of consolidation in other professional services sectors, but it would be a start.

Let’s end by putting aside the inevitable conflicts and other obstacles and imagining a hyper-consolidated legal market with a closer resemblance to accounting’s Big 4. In this world, the current Am Law 100 would have merged into four megafirms based on broadly similar profits per equity partner. What would the combinations look like?

The most elite of the legal Big 4 would have been formed through a merger of firms with 2020 PEP of more than $5 million. It would have just six legacy members: Wachtell, Davis Polk, Kirkland, Paul Weiss, Simpson Thatcher, and Sullivan & Cromwell.

The second Big 4 legal megafirm would range from Quinn Emanuel ($4.7 million) to Dechert ($2.8 million). It would have resulted from the consolidation of 27 firms.

The third megafirm would have 31 legacy members, ranging from Cadwalader ($2.6 million) to Reed Smith ($1.5 million).

Will this happen anytime soon? Definitely not. But it’s a fun thought exercise.