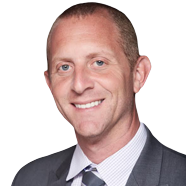 Scott Hodes is the Southeast Managing Principal and is responsible for and oversees Associate, Counsel and Partner level attorney placements at AmLaw 200 firms and top regional firms in the Southeast including Florida, Atlanta, Charlotte, Raleigh, Memphis, Nashville, Birmingham and all other mid-markets in the Southeast region, as well as in-house Counsel placements.

Prior to joining Lateral Link, Scott was a practicing attorney for seven years, and was a name partner in a Boca Raton estate planning firm.

Scott is a frequent presenter and panelist at the National Association for Law Placement (NALP) Annual Education Conference, and has presented on topics such as Working with Law Firms to Identify the Right Lateral Candidates, the Economic Impact and Firm Profitability Implications of Lateral Partner Hiring, and Recruiting Candidates to Small and Mid-Size Markets.